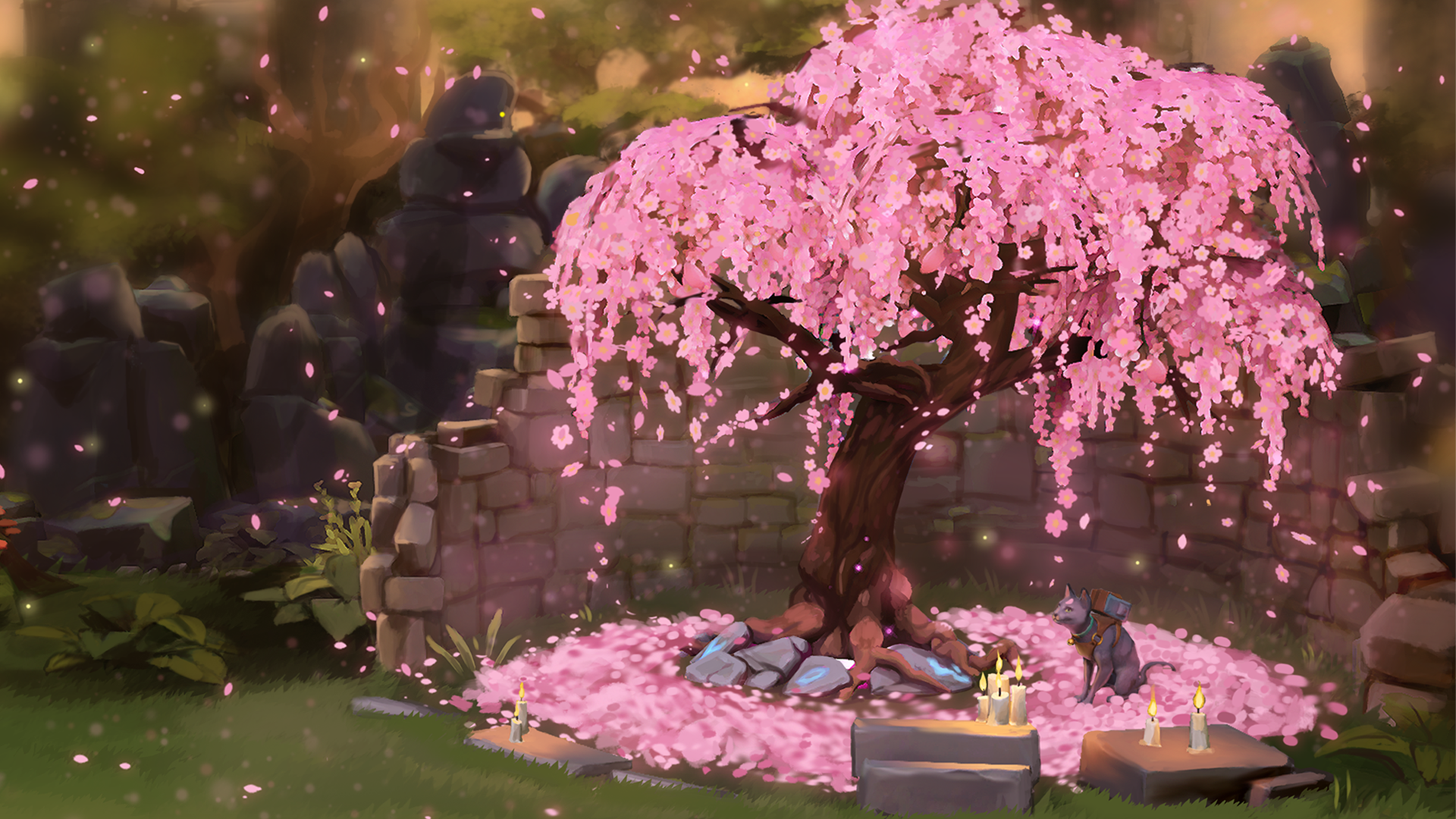 Update 9: Seeds of Fortune is ready to bloom! This update adds key systems and brings more polish to the Hyvid Frontier. With Enchanting and the Luck Tree, we've added more crafting to Forts. Contracts, Fame quests, and an improved quest UI enhance the account-level goals and rewards - including more pets. Another batch of class skills adds strategic depth and variety. On top of it all, we have a huge set of bug fixes, new content, tuning changes, and polish. As always, let us know what you think. Many of these changes came from the feedback and discussions we have with our fans.

As mentioned in our previous blog post, this feature allows for a new layer of customization for characters. Convert any old or unwanted loot you’ve found into magical essence. This essence is used to apply bonuses to your weapons and other equipment at the Enchanter’s Altar within your Fort. Recipes for enchantment can be found as drops while adventuring throughout the Frontier.

Contracts are chock-full of unique and otherwise useful rewards. This new system is now a core part of the experience of Torchlight Frontiers. Complete Fame quests and reach new Contract levels to unlock things like the new chakawary, eagle, and cat pets, interesting fort props, and sacks of gold or other loot. Get a sneak peak of the Goblin Expedition Contract in our latest blog post.

Up to this point, each of the three currently available classes had some mysterious “?” on their skill paths. Update 9 finally pulls back the curtain on a few of these (though there are still more to be released). We’re eager for our alpha testers to put these new skills to good use then providing their first round of feedback and sharing their totally OP builds, of course.

We want to add more feels-good-man moments to the Relic crafting journey by taking the emphasis off that binary drop/no-drop moment. Especially for those that were falling on the wrong side of our RNG bell curve. As such, we've added more avenues by which to rapidly accumulate cores--namely as Contract rewards--but we've also increased the number of cores to craft each Relic. The same bosses will drop the core with approximately the same frequency, but they now drop 1-3 cores at once. These changes net out to require the same amount of time currently needed to collect and craft a Relic.

Early on in you adventure, you’ll receive a quest to obtain your very own Luck Tree. Once you’ve planted it in your Fort, you’ll need to care for it. What does a Luck Tree need to grow? Loot, of course! Your old magic, rare, and legendary items can be sacrificed to level up this mighty flora. Each level brings a 1% increase to your Item Luck.

Similar to our rework of the Goblin Frontier, we’ve dramatically revised the quest structure, rewards, and monster pacing for the Hyvid Frontier. Even if you’ve managed to squash and stomp your way through waves of these insectoids, you’ve still got to face two newly updated boss fights: Psora & Spinderella!

Update 9 will include a series of changes to Shrines. The goal is to make them more impactful, but counter that with a shorter duration.

A new monster, the Cave Lurker, will now appear in Goblin Frontier cave dungeons, starting in the Den of Upheaval. Watch out for these self-destructing firebats - they hit hard, but die quickly if you can react fast enough.

A new monster pair, the Moltenslinger and Moltenfang Spiders, will now appear in Goblin Frontier cave dungeons, starting in the Cave of Boom. These spiders can pelt you with fire attacks that leave small flaming spots on the ground. Deal with them if you don't want your fighting area to become an inferno. There's also tales of a rather venomous version being spotted in the Hyvid Frontier as well.

One does not simply go from a rank and file goblin to being a Goblin Shaman, there’s an intermediate step. Enter the Goblin Apprentice! This foe also shoots fireballs (though only one at a time) and bolsters his companions, ridding them of their propensity to flee in fear when one of their number falls.

Life on the Frontier is surprisingly task-oriented. The Empire’s agents fill your quest log from the get go. We’ve significantly enhanced the overall look and behavior of the quest UI, making changes to color coding within the log and adding the ability for players to flag/unflag quests for tracking. Let us know what you think once you’ve spent some time in Update 9.

Share
copy link
Next story
HARDCORE UPDATE: 218787
This site uses cookies to optimize your browsing experience to help improve the platform. By clicking Accept, you agree to use the cookies necessary for the function of this site's services.