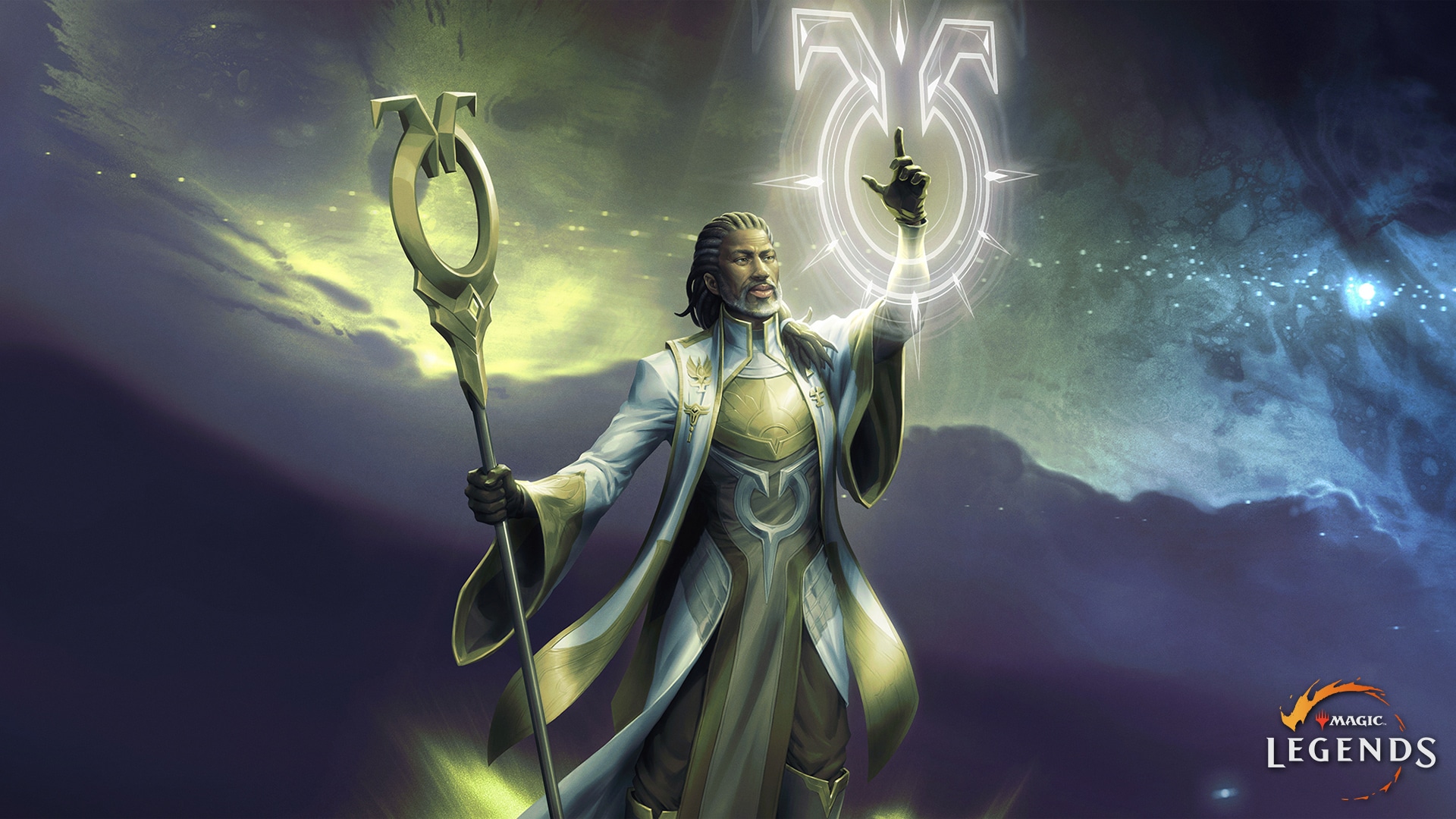 We are proud to finally reveal the Sanctifier class for Magic: Legends! With a design inspired by the sun’s radiance, the Sanctifier joins the Geomancer, Mind Mage, and Beastcaller as one of the five starting Planeswalker classes that will be available at launch. The Sanctifier embodies the gleaming brilliance and regimented structure associated with white mana in Magic: the Gathering and serves as a refreshing take on a more classic, dedicated support class.

The power fantasy we wanted to deliver with the Sanctifier was that of a devout healer who maintains order on the battlefield by supporting their allies and summoned creatures alike. The challenge in designing them was to make sure their healing abilities left them feeling powerful rather than dependent on allies.

Their gameplay is built on these strengths starting with Divine Bolt, a primary ability that fires long range bolts of searing light at enemies from a safe distance. This is complemented by their secondary ability, Wave of Radiance, which generates a brilliant swath of moving light that damages every enemy it touches. At later levels, this wave can also heal the Sanctifier’s allies and summons. Salvation is their utility ability, which comes with a unique stacking mechanic.

Every time the Sanctifier uses Salvation, they regenerate health, heal their summons, and gain a stack of Devotion. Upon gathering four stacks of Devotion, the Sanctifier is joined by an Angel who fights alongside them with Lifelink. Like the card game source material, creatures with Lifelink heal the player as they deal damage. Combined with their other abilities, this ensures the Sanctifier gains more value out of individual creatures than our other classes via their strong restorative abilities. Furthermore, this enables them to focus on other aspects of their deck, knowing they will be able to keep their big creatures alive longer. 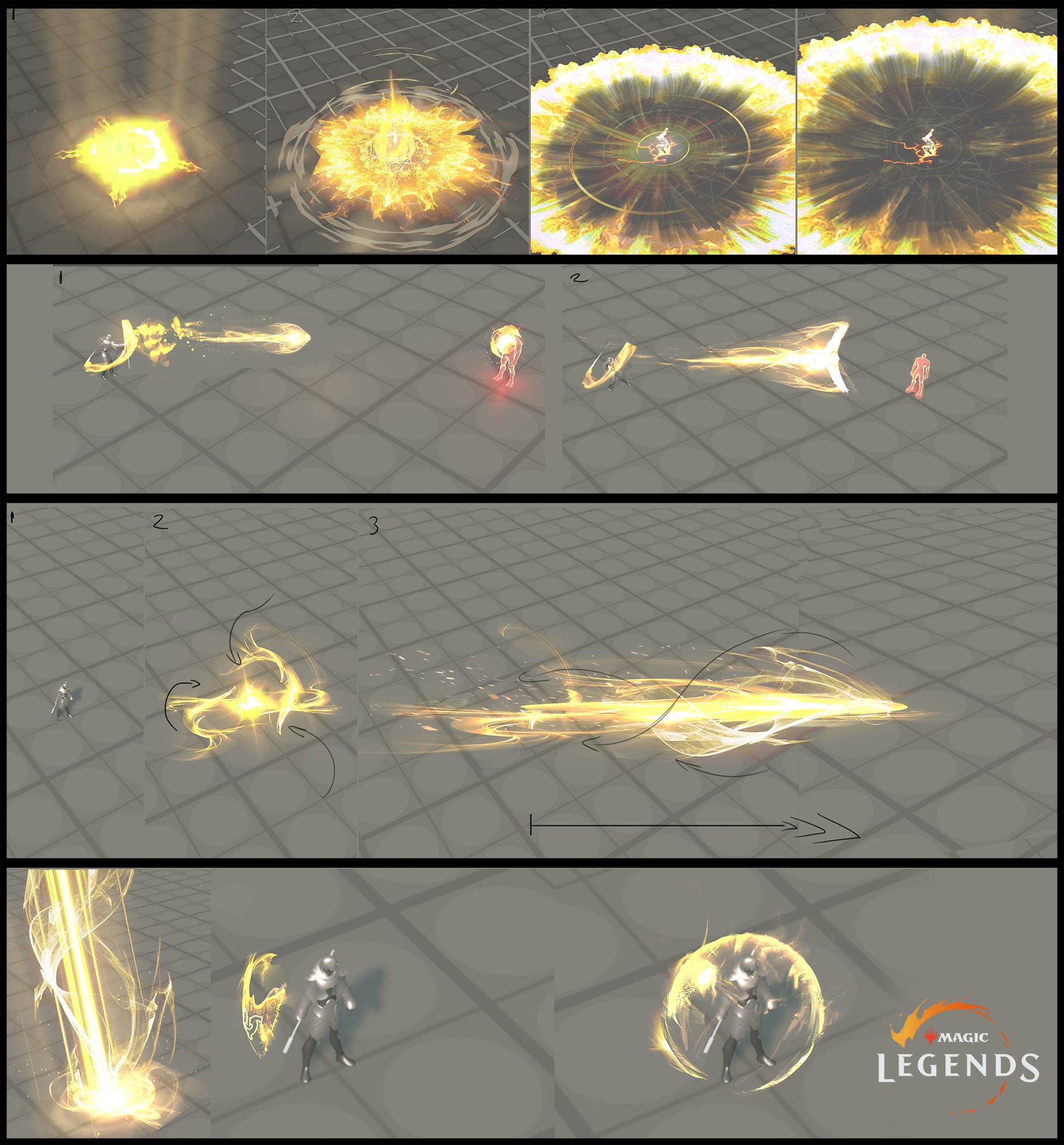 When we set out to define the Sanctifier’s appearance, we wanted to invoke a literal personification of white mana from Magic the Gathering. Conveying their unwavering sense of order was essential to bringing white mana to light in the design. We started by pulling inspiration from the rich golds and clean white linens worn by spiritual leaders throughout history. We carried this over to the robes and tapestry they wear to convey a feeling of disciplined structure through uniform design and perfectly symmetrical features.

The Sanctifier’s staff is adorned with a symbol of historic significance in the Magic Multiverse, one that signifies balance and protection to the inhabitants of Innistrad. The inclusion of this symbol further reinforces the class’s dedication to pure light and order. More subtle design cues are present in the inlays of gold feathery shapes to elicit the feeling of angel wings. To communicate the idea of strength through support, we added a contrasting leather core with reinforced stitching and a sturdy breastplate for the outfit. The cumulative visual effect reinforces the traits of white mana, displaying strength, fortitude, and elegance on the surface supported by a steadfast sense of purpose. 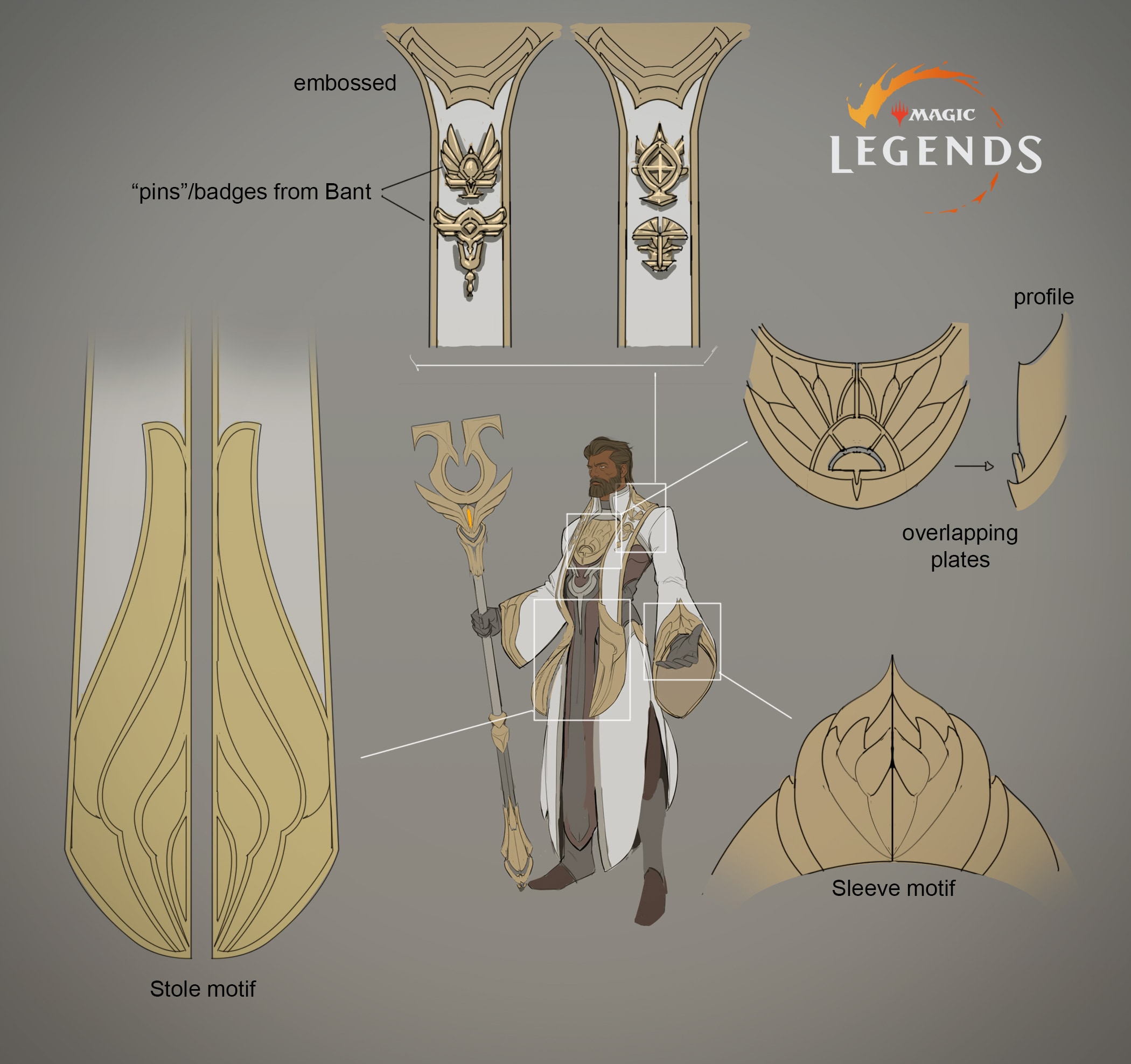 When we thought about the animation and VFX for this class, we wanted to convey the feeling of confidence and certainty. To accomplish this, the character’s body language had to feel deliberate and composed. We also wanted this class to feel the most like a traditional mage, so flowing robes and strong casting animations that reinforce that body language were a must.

VFX were pulled straight from the rich golds that are synonymous with white mana in Magic: the Gathering. Sparkling waves of divine light wash over the enemies, and angels descend from the heavens to imbue the Sanctifier with golden orbs of pure luminous energy. We pumped up the visual intensity of their powers with pure white blooms, lens flares, and radiant golden auras. The last major part to conveying white magic was achieved by integrating small, glowing glints of magical light in the air that reinforce a mystical feel.

The resulting character is a long range damage dealer who benefits from incredible healing powers. They are able to dish out consistent, powerful heals outside of their starting deck, which makes them an ideal class for players who enjoy maintaining order on the battlefield. Solo players can maximize the effectiveness of their summoned creatures keeping them up for long periods of time, while group players get to fight alongside friends and increase their overall impact. Just like our other classes, players can customize their Sanctifier experience by using the Loadout and Deckbuilding features to create a Planeswalker that speaks to their individual playstyle.

We hope you’re as excited to play a Sanctifier as we are! Follow our Twitter and Facebook to stay up-to-date with the latest news. Be sure to join our official Discord server to chat with the devs and other fans like you! 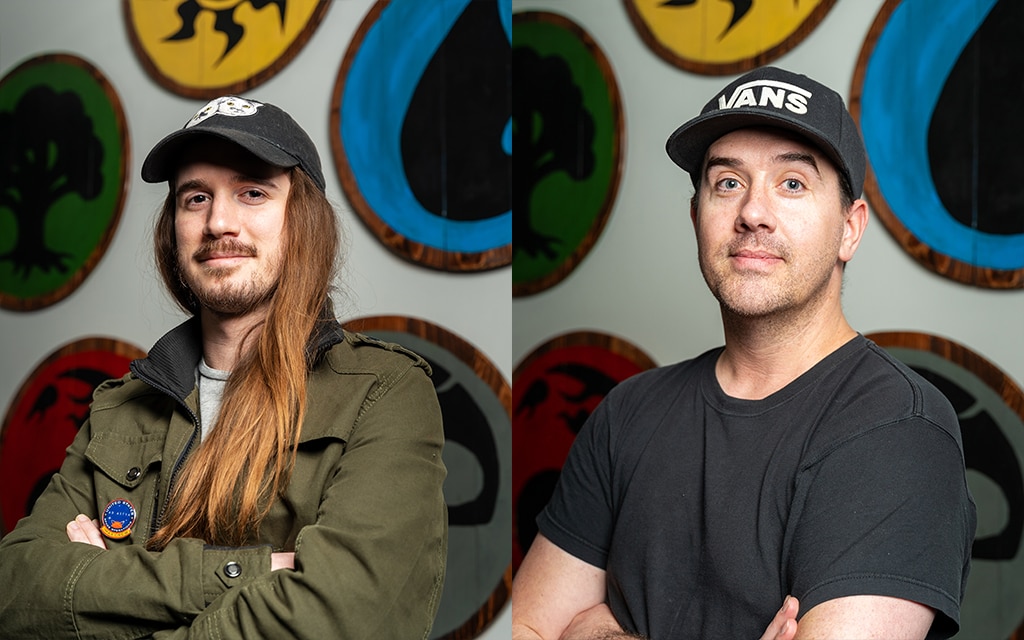